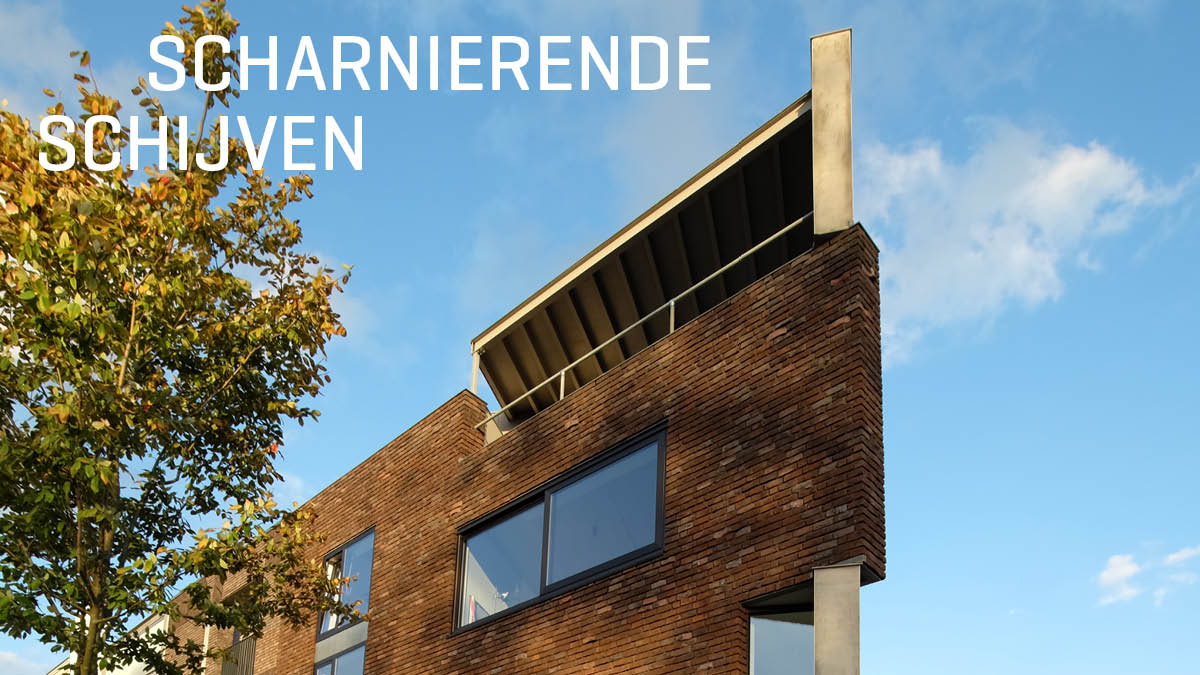 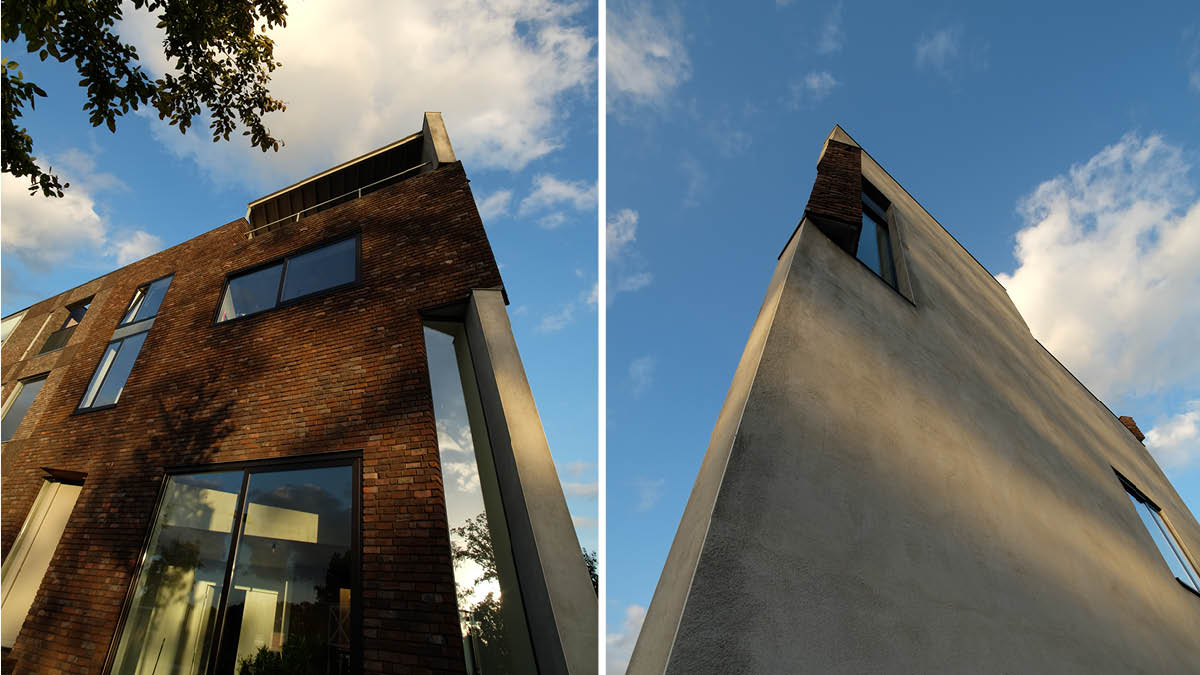 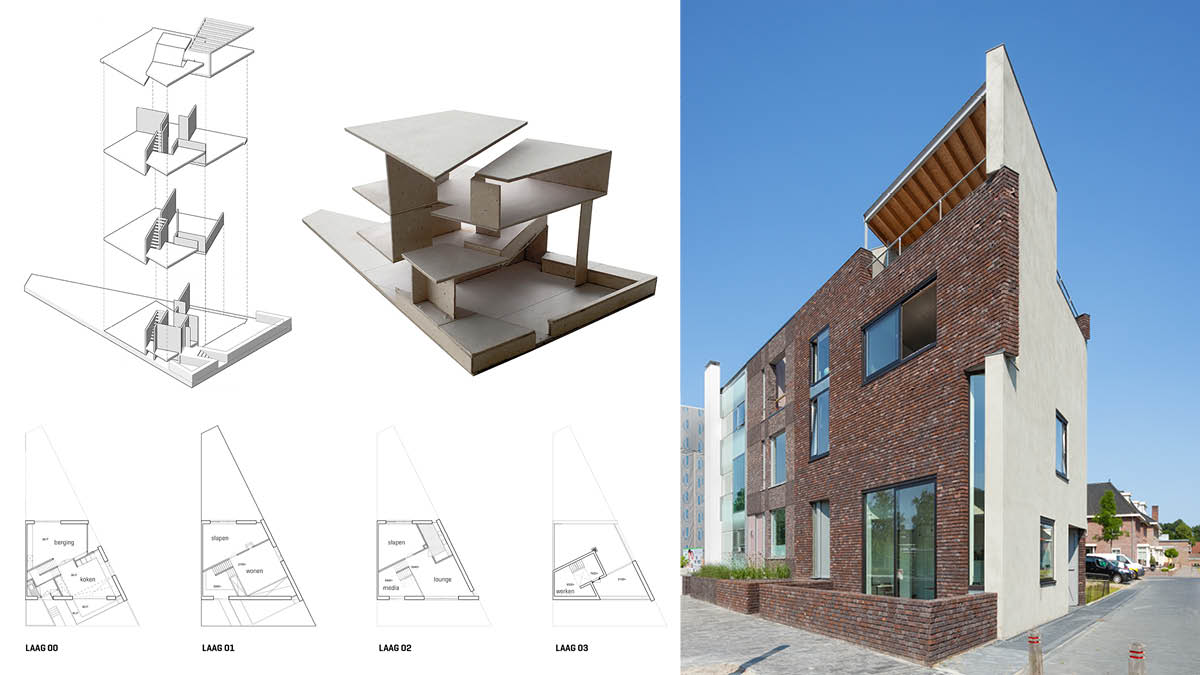 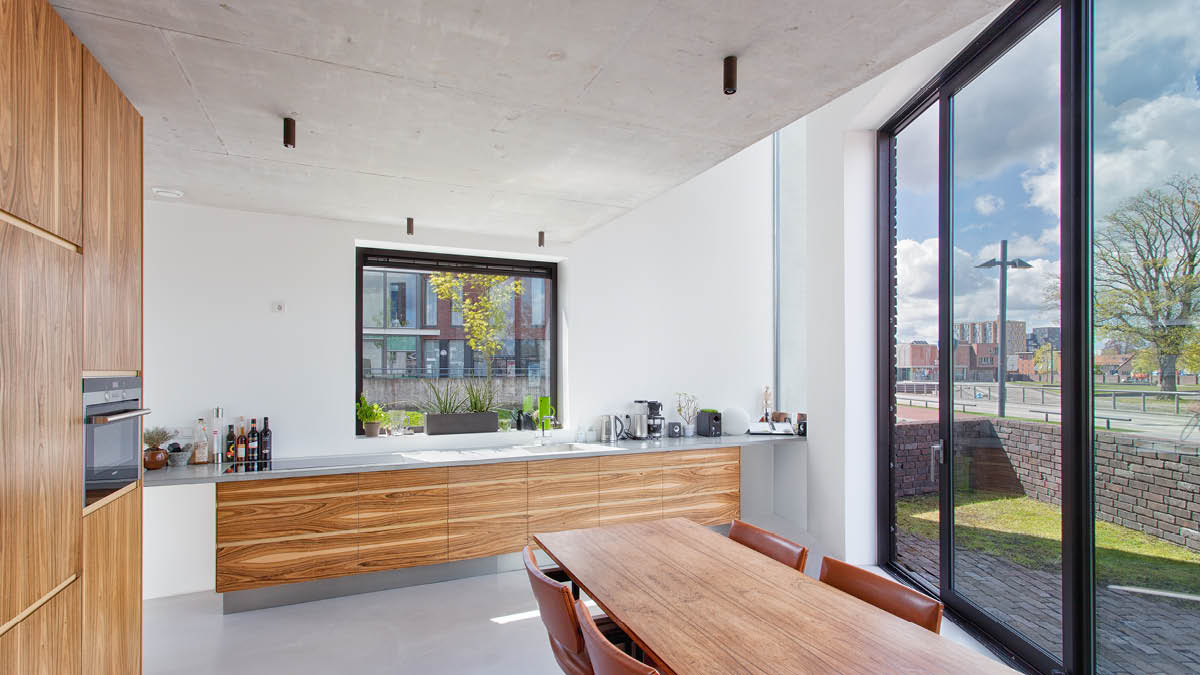 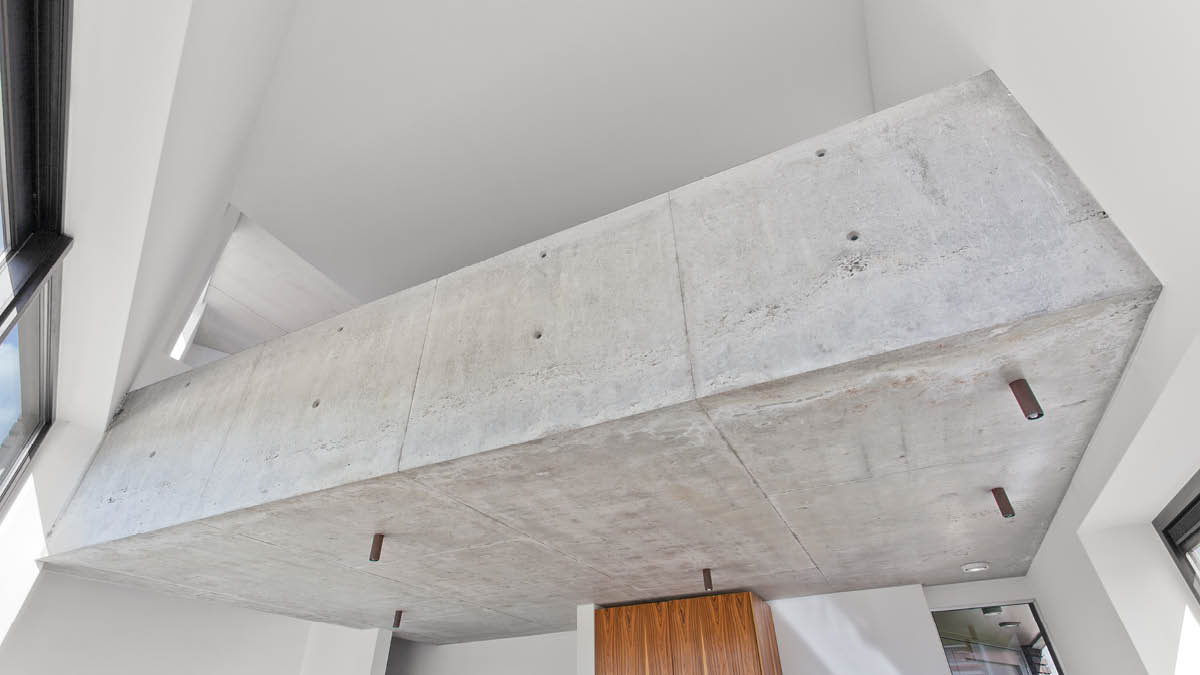 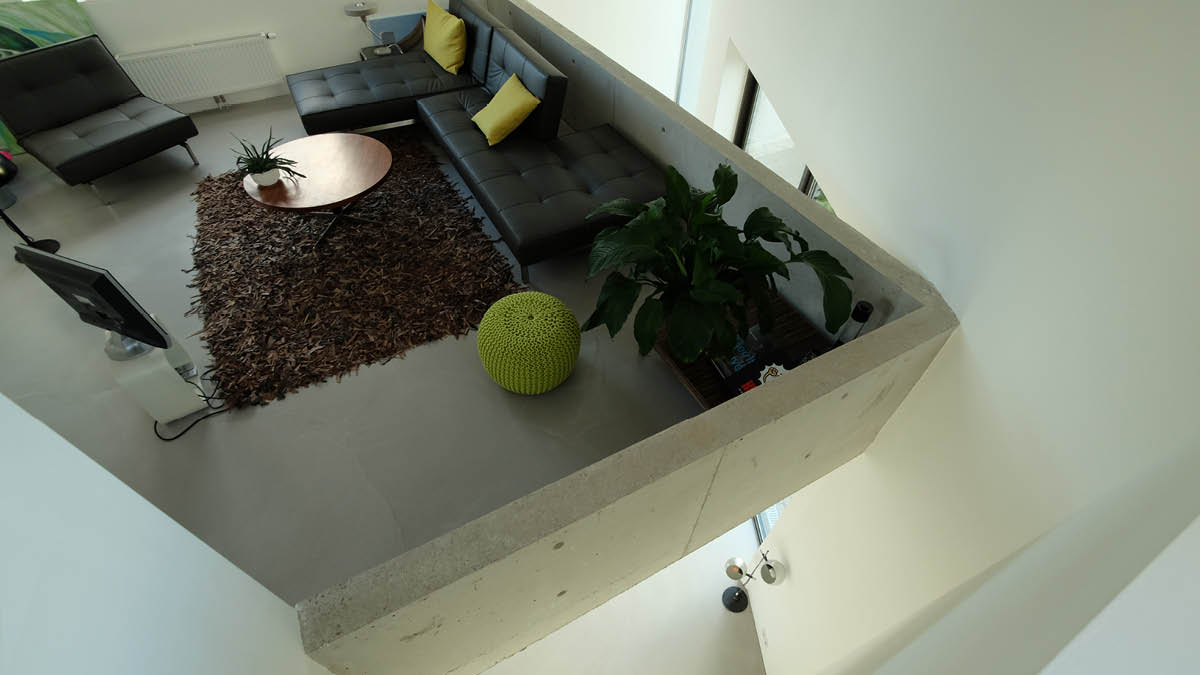 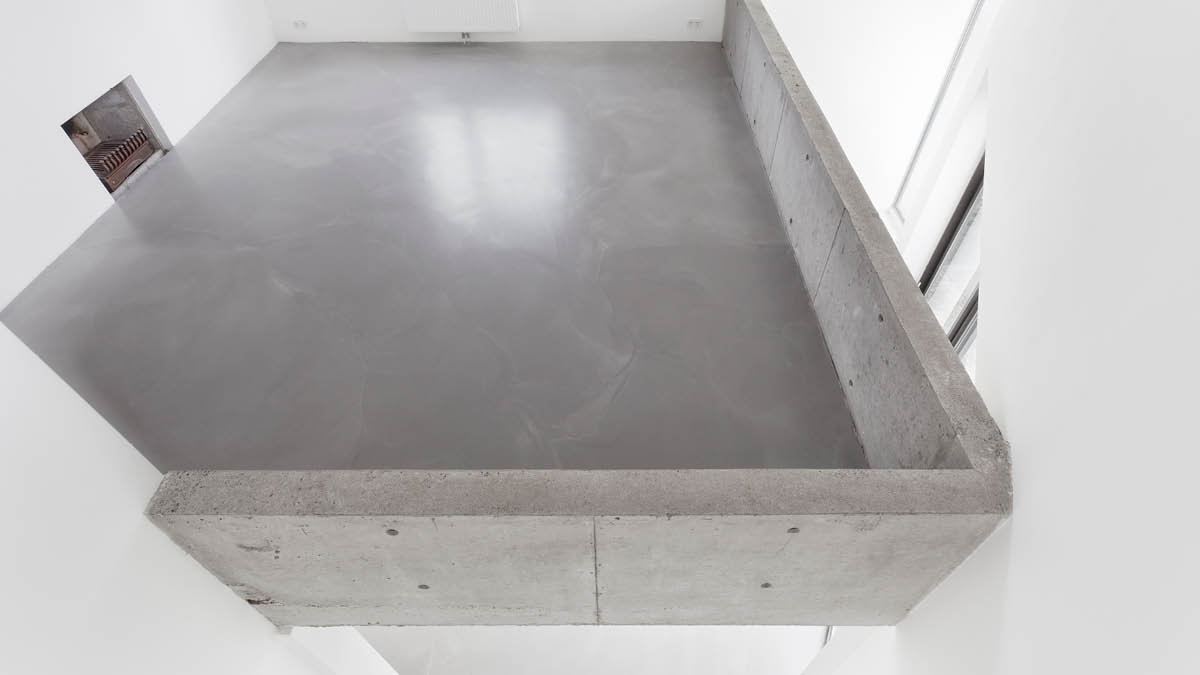 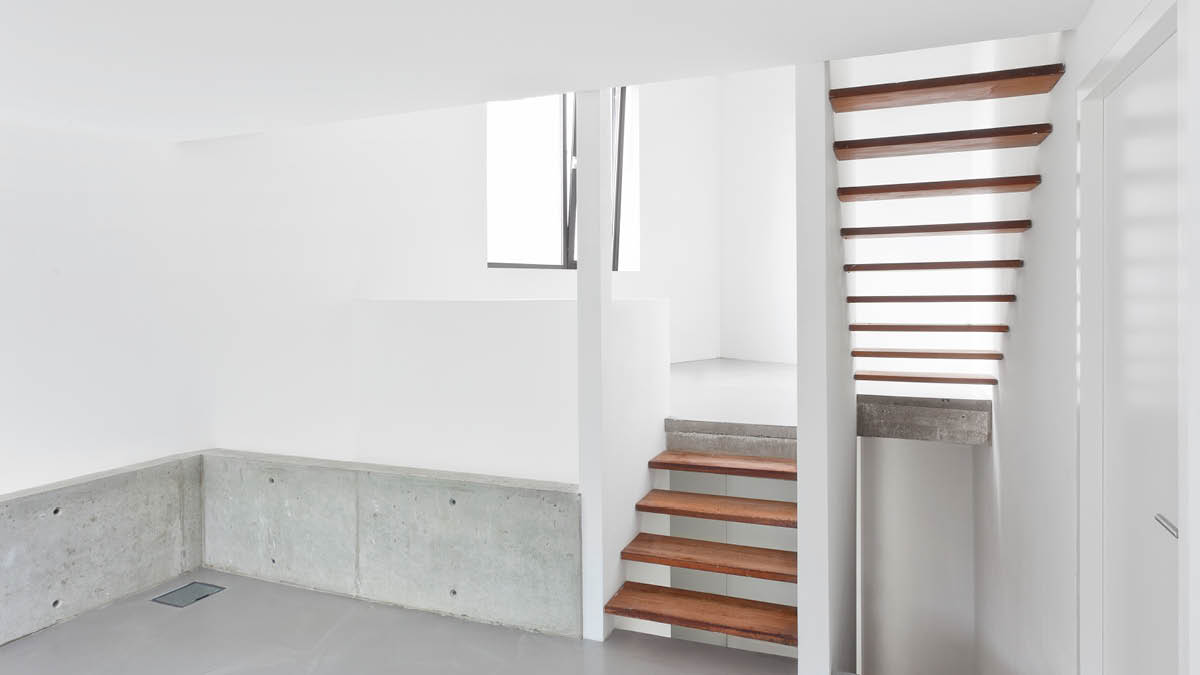 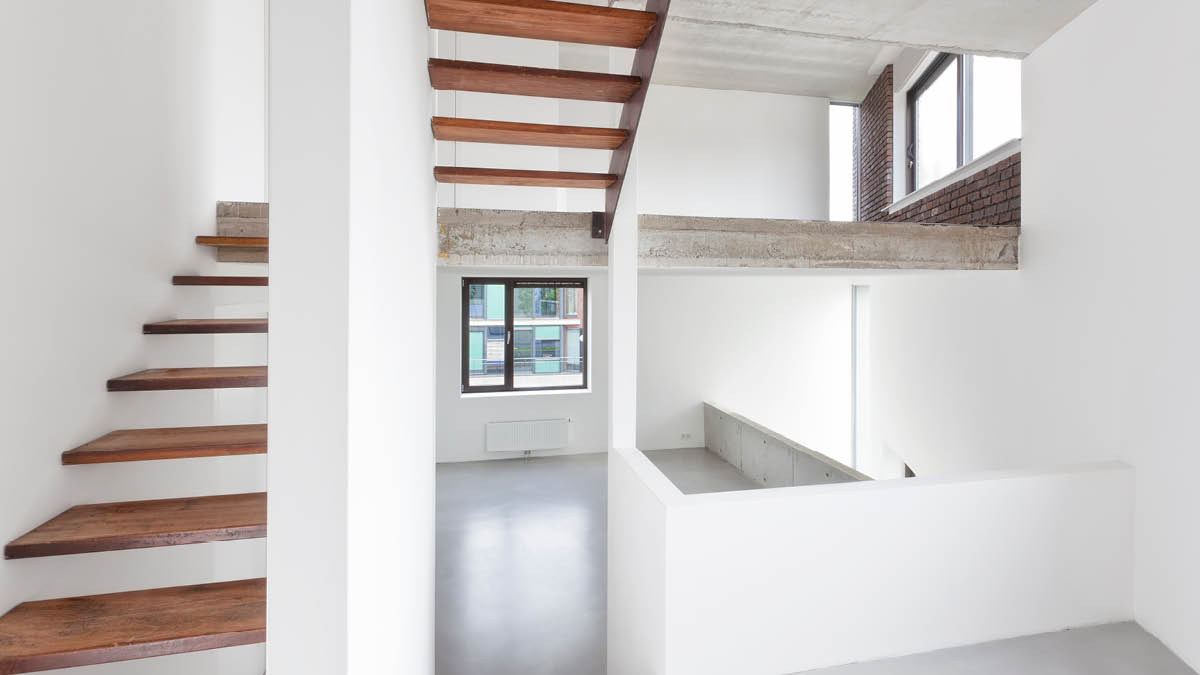 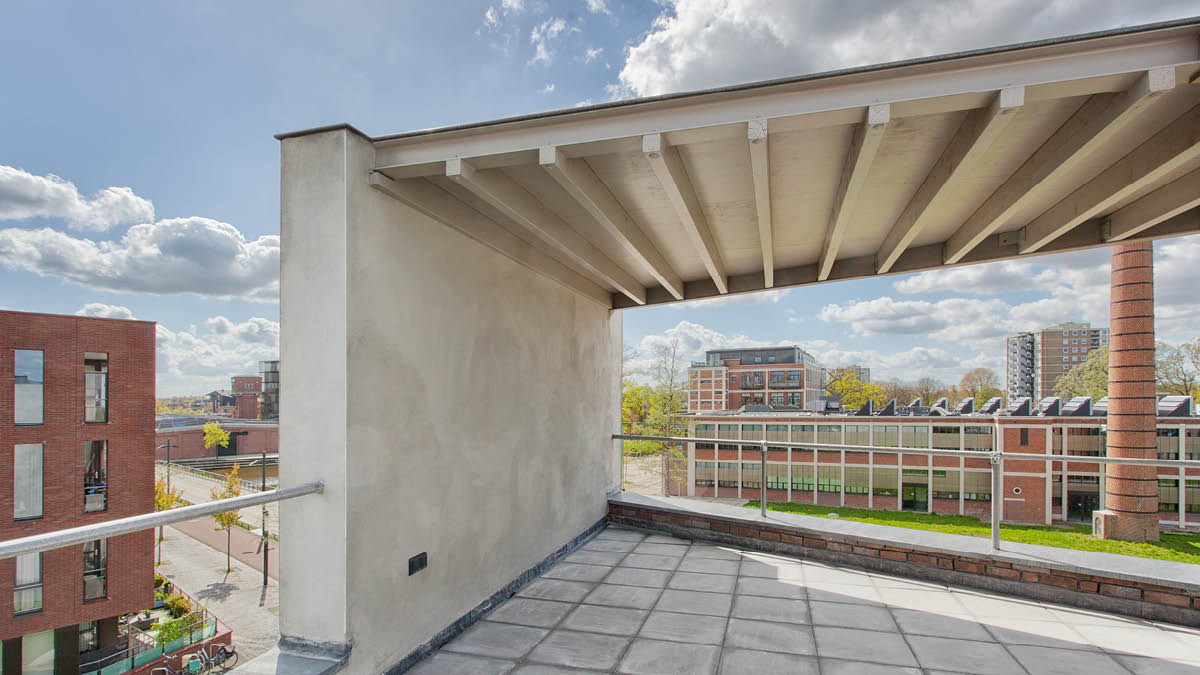 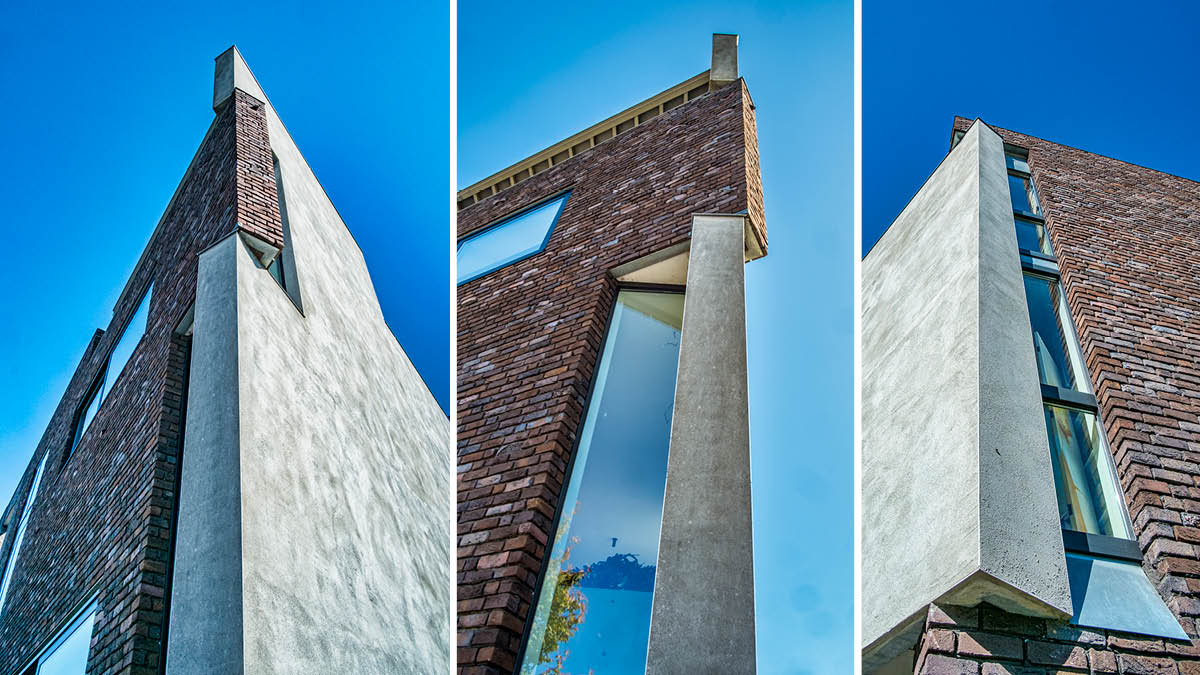 Distinct corner house on the prestigious Lonnekerspoorlaan in Enschede. The concept of the three intersecting planes is experienced both on the inside and outside.

The sturdy bricks used for the front and back of the house, are especially developed for the project. The heavy cement covered side wall makes a reference to the former industrial-site, across the street. Aligned with the cement facade and hidden behind the front facade, a big internal balcony as lounge space creates two voids above the large kitchen, which is contrary to the balcony wide open to the street.

Cast in concrete, the floor and edge of the balcony add to a raw and pure interior experience.